Embracing Lilith: Key to the Dark Madonna and our Core Feminine Wound 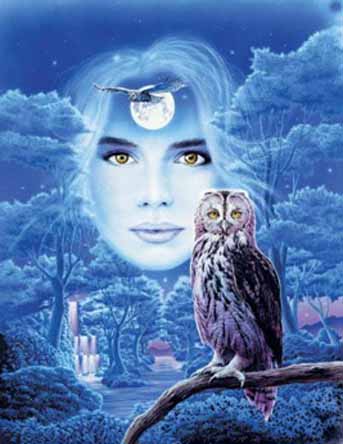 “In her original state, she is a symbol of true feminine power- complete unto herself and embodying her own brand of feminine self containment, assertion and wholeness.” Kate O’Donnell

In the midst of the twenty-first century renaissance, renewed interest in the goddess has brought many faces of the divine feminine into fresh awareness… Lilith is one of the most alluring and ancient. After 5000 years of rumors, this female of ill repute remains a mystery. An expression of the deepest regions of the human psyche, she illuminates our desire nature, the greatest force in the human condition, and our core wound.

Lilith means, “night;” and she is associated with the color black and the dark side of the feminine. Her path leads us into our individual patriarchal distortions in order to illuminate our shadows. If we trace her back in time to seek the source of the fear and negativity she typically evokes, we often discover not only a major shift in the collective human image of the feminine, but also something essential that needs to be redeemed in our personal lives.

She is the original rebellious woman. Her association with red leads us to the demonic interpretation of her and her association with the most famous scarlet woman in the New Testament, Mary Magdalene, with her wild crimson hair!  Thankfully, an evolving understanding of Mary of Magdala places her in a new light, as Virgin (whole-unto-herself), the Lost Bride of Jesus, and after his death, as Widow. A central shadow theme in her story is that of living on the edge of existential loneliness.

Lilith, also known as the Black Moon, is an aspect of the Dark Madonna.

The Mythology of Lilith

The following tale is considered the foundation of the Hebrew myth of Lilith as the first wife of Adam.  Yahweh creates Adam and Lilith from earth, but with one significant difference: he uses impure sediments to create Lilith, whereas Adam has been fashioned from pure dust. Because of this, Adam expects Lilith to be submissive to him, but claiming equality, she will not be put below him and spirits away to lifelong exile near the Red Sea, where she (according to the myth) couples with evil spirits and bears demonic children. Meanwhile, Yahweh creates another spouse for Adam, this time taking one of his ribs and turning it into Eve - a creation from Adam and not one in her own right, like Lilith. Legend has it that the jealousy and rage generated by Adam's rejection motivated Lilith to come in the night for her revenge, strangling babies and giving men wet dreams to sap their strength, distorting her power and desire through a fearful patriarchal lens. Lilith predates Eve’s defiance in the Garden. She embodies the archetype of the free and flowing nature of the Divine Feminine, casting herself out of the Garden…the First Goddess of divine defiance.

From an astrological point of view, Lilith is associated with the more hidden, mysterious aspects of the Mother; the long tradition in Western culture of suppressing the feminine has made Lilith seem threatening. However, this is only true if she is banished into the unconscious. Actually, the integration and development of the energy symbolized by Lilith - in both men and women - is part of a process leading to a more inclusive and integrative life. The unfathomable suffering associated with Lilith themes is recognized by Hannelore Traugott, a recognized German Lilith expert, who writes: "Lilith represents something that has become unconscious and is striving to become conscious again. Let's call it archaic energy, spiritual femininity, something akin to the wisdom of the goddess. As long as we don't have access to this energy we experience it psychologically as loss, suppression, isolation, emptiness, addiction and above all power struggles."

Another scholar, Kocku von Stuckard notes: "For me, Lilith embodies the presence of an archaic form of feminine strength that ignores any patriarchal discourse of power and dominance and allies itself with those forces that affirm life itself. Lilith invites our independence, rebelliousness, and strength to be lived.  Lilith carves away what is not authentic, our false self image. This is how the creative energy of the Dark Feminine flows naturally through each of us.” This process takes great courage and naked emotional honesty.

Beyond any traditional concept of the sacred feminine, my desire is to de-mythologize Lilith as evil while honoring her voracious spirit.

The Threefold Facets of Lilith

The three Lilith symbols in the birth chart tell an interesting and complex story: a chronicle of the feminine principle and how this specifically relates to the negation of our desire nature. It embraces past, present and the direction of the future from this particular point of view as well as the evolution of the feminine principle in consciousness, regardless of gender.

This threefold symbolism clearly demonstrates what and how it happened relative to our own soul history (as observable in our birth charts) and always sheds light on what happened to the original feminine principle and how this principle can return either within us as individuals or as a collective soul. Without the healing of the feminine, no healthy life is possible for women or men; the imbalance of life rooted in the patriarchy must be re-balanced and healed within us all.  Lilith in the birth chart, points to our individual journey originating in the core feminine wound and the specific distortion landscapes we each traversed.

The Asteroid Lilith indicates where our specific CORE FEMININE WOUND originated and how it was experienced within the more equality-based matriarchal settings. We all have this essential feminine aspect within our soul and of course this principle has been wounded and distorted in all of us via the occupation of the patriarchy -whether we know it consciously or not. How we encountered and then responded to this new patriarchal order in the first place will be signified by asteroid Lilith in your birthchart. This symbol sheds light on our individual history in this respect, via sign house and aspects and reveals how and where we experience the themes of  personal power, rage and shame, patriarchal distortions, our inner split… how we demonize or idealize ourselves, exposing our core feminine wound.

She also represents how we make choices between personal autonomy and consensus negotiation, our capacity to release repressed anger, resentment, and the Negative Mother archetype. She gives clues to our idealized self image. She also indicates the ways in which we need to assert our own truths. In a man’s chart, this Lilith will reflect his ideal image of a woman and any Negative Mother dynamics.

From here onward, a progressive distortion occurred to our feminine nature in one way or another. This progressive has a peak; causing a natural insanity as a result of the unnatural order within which we were all forced to live. The symbol for this peak distortion is symbolized by Dark Moon Lilith.

Dark Moon Lilith represents this Shadow… where and how these patriarchal conditionings get played out in our psyches. It’s important to note that these distortions are subconscious, outside of our conscious field. They reside in a deep, primal and archetypal place within (we’re talking 5,000 years of human experience) that perceives self and life as “this is the way it is”; ingrained patriarchal patterns that are maintained as the status quo. In the chart, DML signifies how and where we experience the distorted aspects of Lilith in our lives--her anguish, bitterness, betrayal, alienation, and sexual doubts.

She reveals our fear fields, where we place mind over heart and control above vulnerability. The key to redemption is acknowledgement and release…endarkenment!  When we do this the emancipation serves as a bridge or channel to the clarity and expression of our original feminine design template. As an archetype of the Dark Madonna and Pallas Athene, she is warrior and an executor of boundaries.

Black Moon Lilith is the third aspect of Lilith’s trinity. Black Moon Lilith is the symbol in our charts via which we can heal, resolve and re-embrace our consciously inner feminine. It points out how the nullified, wounded part of us can be retrieved to re-emerge intact again in our consciousness. Representing re-birth, our distorted sense of self may be transformed into natural, whole (healthy) expression, that which is pure, raw, feminine beauty.  This manifests as liberation of our minds and hearts…for fully expressing our personal freedom and sexual passion. Black Moon Lilith is the primal feminine fire spirit. It illuminates our pretensions, false roles, and delusions to actualize who we essentially are.
Posted by Zinnia at 3:47 PM

Email ThisBlogThis!Share to TwitterShare to FacebookShare to Pinterest
Labels: Healing

Emma was an angel said...

I will make a link to this post because I want to display the Lilith nature and influence in astrology.

Let me know if it bothers you.

Hi goodmorning today 3/10/11 my name is Lance von sevorwell I think lillth is so kool y would it not b if I was a woman I would stand up for womanright's to man r so abuseive to woman so y not had have a jump start on God it would b the world way anyway wear human would had have to fight for their or our h
uman right's to esplore this world + all it's beautful wounder's life is meant to enjoy not havier u know thank u I am 44years old Lance von sevorwell.

I named my daughter Lilith :) In addition to the Jewish mythology concerning Lilith, there are also stories about her from Greco-Roman and Arabic mythology. There's also those who point to Assyrian sources for the image of Lilith as a demon.

Demons and women need to be smacked down and showen theire place. The cAtholivc church and NASCAR says so.

I was an artist-in-residence Byrdcliffe Artist Colony this past August. Enjoy reading about this wonderful experience!
Upcoming: Read about my week at the Tomales Bay Workshops with authors Pam Houston and Mary Gaitskill.

The Curious Mermaid is a space I created for poems, prayers, meditations and inspirations for living the creative life. I have been inspired not only to chase the muse but become my own muse and live fully in the present, content and rich. This space honors the great cycles of time and those artists, before me and today, who fiercely live their creative life.

Zinnia
I am a sacred dancer, poet and priestess living in Ibiza sharing ancient temple arts and teachings.